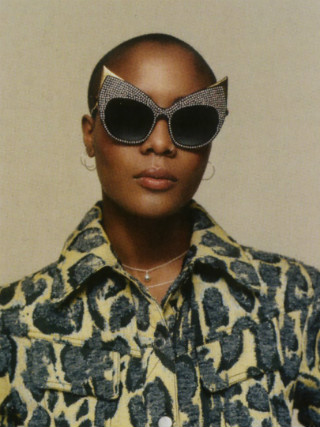 Liv Little is a curator, audio producer, filmmaker and the editor-in-chief of gal-dem, a fledgling media empire ran exclusively by women of colour. She is now working as a digital exec at the BBC and contributing editor for ELLE UK. Born and raised in South East London, Little has written for the Guardian, Wonderland Magazine and gal-dem on a range of topics – from women seeking asylum in the UK, to interviews with women breaking down barriers in politics and the arts. She also works in TV and has just finished developing her first scripted comedy pilot.

Little founded gal-dem, which operates as an online and print magazine as well as putting on talks, events and workshops, in 2015. It aims to empower and support the creative work of young women of colour through breaking down tired stereotypes and thrusting their work and thoughts into mainstream discussion in a whitewashed media environment.

@BarbaraNtumy Hey, I DM'd you yesterday but have also tweeted as I think there has been some miscommunication, assu… https://t.co/xAJqaUnHVi