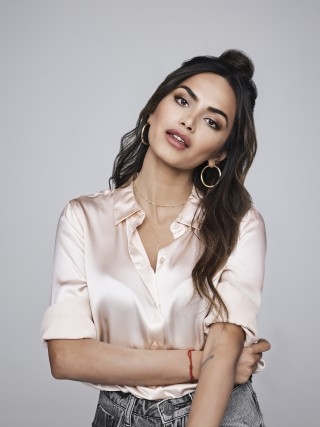 One of the biggest Indian influencers and globally recognised, Diipa Khosla is a fashion guru, model, creative consultant and speaker, based between London and Amsterdam. Born and raised in a small hill town in the beautiful country of India, Diipa then moved to the Netherlands to study. She is an International Law graduate with work experience at the United Nations' International Criminal Court.

One of Diipa's main focuses in life is female empowerment. She has given speeches, visited war- torn countries, and works closely with the UN & other NGO's to help women all over the world. As an influencer with an incredibly successful blog, Diipa has worked with brands including Westfield London, Clinique, Dior and is one of the current ambassadors for Maybelline.

In April 2018, Diipa announced her first collection with Malone Soulier founder Roy Luwolt. The brand, Absence of Paper, is a collection of 8 female dress shirts and Diipa has exciting plans already for its future.

An Indian girl with a very international upbringing, ever positive outlook on life, and down to earth personality has managed to amass a following of 1.3 million in just over 2 years.