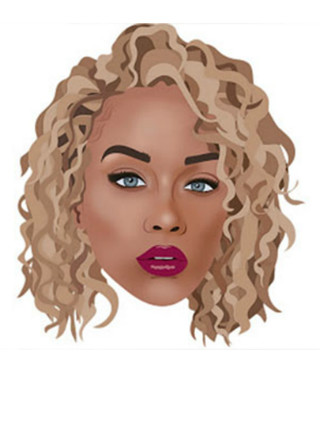 Born in Germany but raised in Southern California, Jasmine started to model at the young age of 13. Her childhood nicknames of Goldilocks and Barbie stuck and Jasmine, a.k.a Golden Barbie became recognised globally on social media.

Jasmine has amassed a total of 3.5 million followers on Instagram and this popularity has helped her modelling career blossom. She has appeared on the cover of magazines including Harper’s Bazaar Kazakhstan and has featured in LOVE, American Vogue, Vogue Italia, Allure Magazine and W Magazine.

Jasmine has worked for brands including Ralph Lauren, Nike and Victoria Secret and has walked the runway for top designers including Jeremy Scott, Moschino and DKNY. She has also shot for campaigns including Bulgari SS17, Just Cavalli SS17 and was part of the LOVE Magazine Advent last year.

Most recently Jasmine launched her eyewear collaboration with Quay Australia as the brand’s new face and promoted her signature style, the Indio. She was also part of the infamous Bridging the Gap campaign for Gap directed by Edward Enninful.

I enjoy my peace too much :)