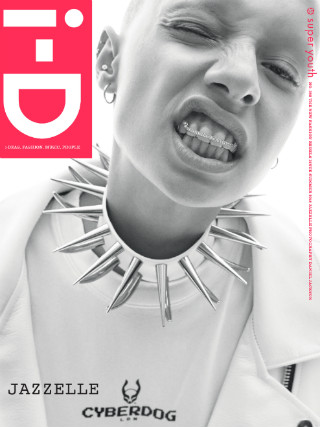 Artist, model and social-media sensation Jazzelle (@uglyworldwide) was quickly recognised as a pioneer of diversity and acceptance in the fashion industry with over half a million loyal followers and growing.

After moving to Chicago from Detroit after high-school, they became a fixture of the LGBTQIA nightlife scene doing drag and performance art. Discovered by the iconic Nick Knight in 2016, Jazzelle featured in an exclusive shoot for CDG by Rei Kawakubo for Another Magazine and shook up the fashion & beauty landscape in so doing.

With their shapeshifting abilities, relentless work ethic and searing honesty, Jazzelle has landed on the cover of i-D and Interview Magazine, along with top fashion publications such as Vogue, Harpers Bazaar, Love, V, Office, Allure, Lampoon and Garage.