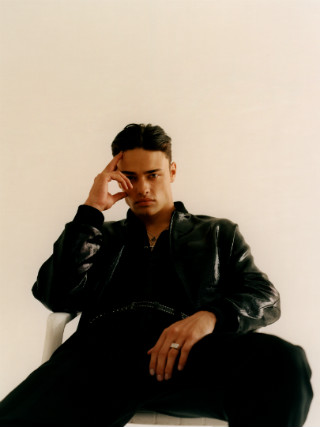 Matt Harnacke is a model, rider and leading equestrian influencer, based in The Netherlands.

Born to an Italian mother and a German father, he was raised in Italy, and discovered his passion for horses at eight years old. In 2007 he moved to Australia, and it was there he got his first horse and has never looked back.

He was scouted to model aged 17 and has since been booked by some of the biggest fashion houses worldwide, including Armani, Etro, Dolce & Gabanna, American Eagle and more.

Over the years Matt has accumulated a vast global following on Instagram and YouTube, which has led to him becoming the most followed personality in the equestrian world to date. He is constantly sought after to collaborate with brands on content and is an ongoing Ambassador for Longines. Matt is also the Co-Founder of HorseWorldTV, an online equestrian platform.